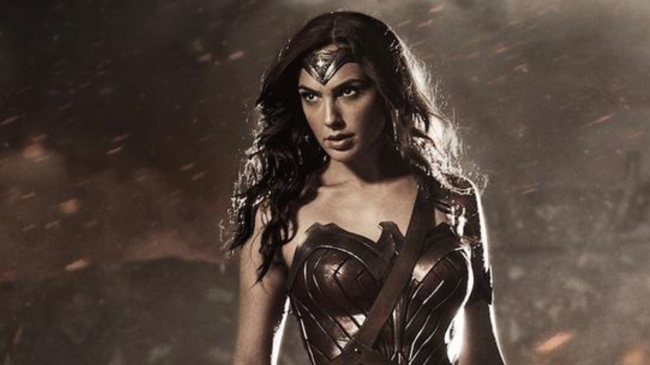 A few months ago, with the announcement that Gal Gadot would play Wonder Woman in the upcoming DC movie, discussion became very intense about the actress’ physique and her ability to play such a key figure in the universe.  This will be the first real showing of the character (apart from an abortive t.v. show and a short) since the 1970s, so I have what I would consider a more important question:  Is she going to be portrayed as a feminist hero or as a typical male hero with breasts and long hair?

For the uninitiated there might not be a clear differentiation, or worse you might think I’m referring to some man-hating ogre.  Nothing could be further from the truth.  Wonder Woman comes from an island where women are not allowed because they are not trusted and I suppose you could build on that theme if that was the direction you wanted to go.  But I was thinking a little more practical and much more likeable.

Superman and Batman are patriarchal heroes in the traditional sense.  Both are intelligent, but they are also strong and combatively proficient.  Just like the mythical heroes of the Greeks, Norse, Russians, Sumerians, Chinese, and Japanese they are successful because of their fighting.

Does a female hero have to be heroic by the same means?  If so, then Gal Gadot will be given a short backstory involving Themiskyra and she will spend the rest of the movie bickering/bantering and/or fighting alongside Superman and Batman.

For me, it would not be very pro-woman role, and for the general public it would be a missed opportunity to make the character more interesting.  For me, good heroines have always been more complex than their counterparts.  The reintroduction of Wonder Woman would be an excellent opportunity to bring that out.

Several weeks ago I suggested several characters that made for good examples – Julia Roberts in Consipiracy Theory, Athena and Cassandra from Greek myth, and Willow in Buffy.  I’d like now to go over some of their less traditional but very productive qualities.

-Adrenalin:  They are not governed by it and do not employ it unless they are put into a situation that requires it.

-Non-Confrontational:  That’s not to say that Willow hasn’t stood up to vampires or Athena didn’t back Poseidon down for Athens, it’s just that when there is a perfectly workable way of doing something that doesn’t involve combat they take that route first.  And really, why take a risk in a fight when there is no need?  She’s Wonder Woman, she has nothing to prove.

-Supportive:  As a goddess, Athena could easily do many of the things her heroes did.  Instead she helped them to accomplish them without her.  Cassandra leaves the actions to her brothers and Willow leaves the glory to Buffy.

I admit that a little butt-kicking would be fun to see out of Wonder Woman, but simply adding another butt-kicker to a collection of butt-kickers won’t be nearly as interesting as making Wonder Woman a combination of all the above qualities.  I hope they make the effort in building her character.

I live with my kitty, and encourage his tuna and catnip addictions. I have a website as well; https://cianbeirdd.wordpress.com/cian-beirdd/
View all posts by Cian Beirdd →
This entry was posted in Comic book heroes, Sci Fi/Fantasy and tagged Apocalypse, Batman, DC Comics, Superman. Bookmark the permalink.