When Timothy Zahn wrote his Heir to the Empire trilogy, it opened up the Star Wars universe to serious science fiction and fantasy writing; many of the best and brightest inthe field have written within Lucas’ universe.  Zahn’s ability to harness the energy of the movies, write an interwoven plot, and the blending of new and old characters made for a satisfying return to Star Wars, and would give the world a beautiful resumption of the movies from an aesthetic and poetic standpoint. Two problems with that fulfilling idea, though.  I doubt the actors, who are now all 60+, could pull off looking like they were in their twenties and early thirties (although a lookalike cast could make some great movies down the road, hmm).  Second, and perhaps more importantly, each trilogy to date has represented a separate generation – Anakin, Luke and Leia – it only makes sense that this next story will involve the youths of Luke and Leia’s children.  Most people have figured that much out, which is why the talk about the original characters has subsided and there have been several stories about younger actors and the Solos Expanded Universe companion, Chewbacca’s nephew Lowbacca. 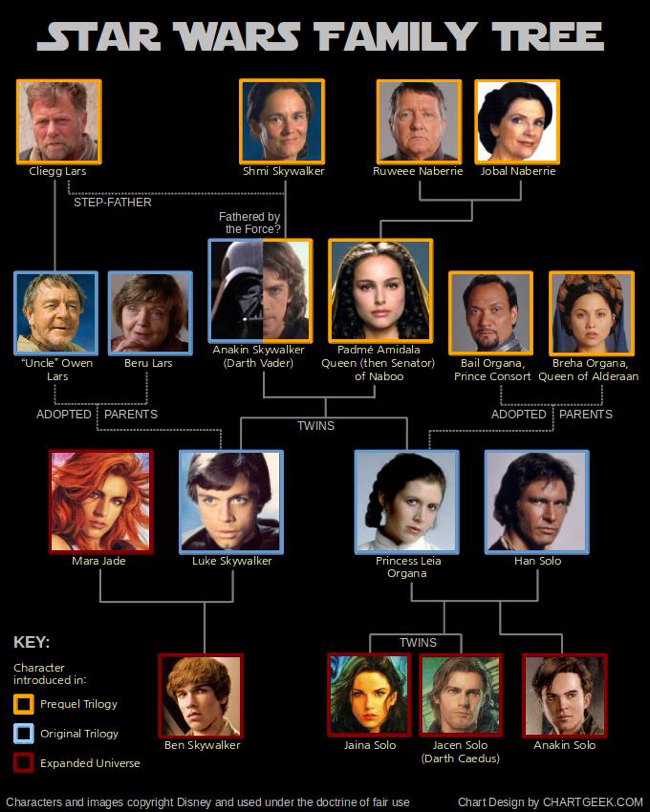 Along that thinking, I think the story that would be the most interesting would involve the Yuuzhan Vong invasion.  The Solo children were all active during that war and all of the primaries from the original trilogy were still young enough then to be active yet (I am dying to see what Luke Skywalker can do at the peak of his Force powers).  More fun, the bad guys have their crazy organic technology and their masochistic philosophy of life would make for a stark and very Sci Fi contrast to everything we are familiar with in Star Wars and most Science Fiction.  So much could be done to illustrate how different their entire approach to life is. But I doubt that George Lucas will go in that direction, either.  The actors could probably pass off being twenty years younger than they actually are (special effects being what it is), but I can’t see Lucas green lighting an adaptation of the novels; it would be too limiting for his creative thinking to confine his ideas to them.

What makes the most sense is having the movies take place after the most recent series of novels, ‘Fate of the Jedi’.  Starting the movies that late would still gives us two grandchildren of Darth Vader, Leia’s daughter Jaina and Luke’s son Ben.  It would also put the biggest Star Wars fans in a position of not knowing what’s going to happen in the movies.  That would be great! Some ideas for the story?  Luke dies, effectively ending an era.  His son Ben is made a master, with the understanding that he is expected to become a grandmaster.  Leia’s daughter Jaina marries her beau Jagged Fel.  They found a dynasty based on honor and integrity.  Characters from the video games and the literature should also play roles; Kyle Katarn, Jaden Korr, Zekk, Lowbacca, Asajj Ventress (a very interesting gray character), and Corran Horn.

And an antagonist?  How about the Rakatans?  A Force Sensitive species that once ruled the Galaxy.  As far as an excuse to bring them back after their annihilation to disease; one outpost from another galaxy has returned and wants to destroy the usurper Republic.  As part of a genetic experiment some ‘clean’ material was frozen but forgotten about as the species died off. 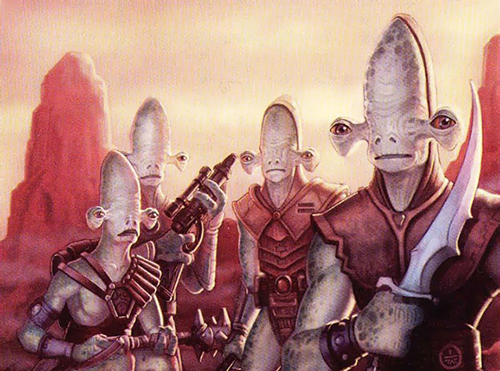 A dozen other possibilities could be used.

Possibly have Revan return, his memory of being a Jedi again erased? Someone resurrecting all the passed Sith masters would also make for a worthy adversary to the Jedi.

I live with my kitty, and encourage his tuna and catnip addictions. I have a website as well; https://cianbeirdd.wordpress.com/cian-beirdd/
View all posts by Cian Beirdd →
This entry was posted in George Lucas, Sci Fi/Fantasy, Science Fiction, Star Wars, The Force and tagged Expanded Universe, Star Wars, Timothy Zahn, Yuuzhan Vong. Bookmark the permalink.